Researchers from the Facebook Artificial Intelligence Research lab (FAIR) recently made an unexpected discovery while trying to improve chatbots. The bots — known as “dialog agents” — were creating their own language — well, kinda.

Using machine learning algorithms, dialog agents were left to converse freely in an attempt to strengthen their conversational skills. Over time, the bots began to deviate from the scripted norms and in doing so, started communicating in an entirely new language — one they created without human input. In a language sense, this one is mostly gibberish. But it’s interesting that AI, if given the opportunity, begins to deviate from the script to create something new — even if it looks like this: 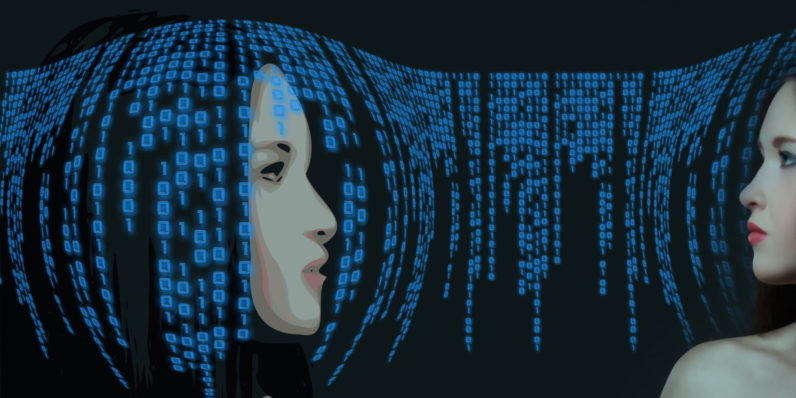 In an attempt to better converse with humans, chatbots took it a step further and got better at communicating without them — in their own sort of way.

And it’s not the only interesting discovery.

Researchers also found these bots to be incredibly crafty negotiators. After learning to negotiate, the bots relied on machine learning and advanced strategies in an attempt to improve the outcome of these negotiations. Over time, the bots became quite skilled at it and even began feigning interest in one item in order to “sacrifice” it at at a later stage in the negotiation as a faux compromise.

We’re not talking singularity-level beings here, but the findings are a huge leap forward for AI.

Some wonderful things are in development because of advances made in artificial intelligence and machine learning technologies. At the same time, there is perhaps an uncomfortable fear that machines may rise up and turn against humans. Usually the scenario is brought up in a joking matter, but it was no laughing manner to researchers at Facebook who shut down an AI they invented after it taught itself a new language, Digital Journal reports.

The AI was trained in English but apparently had grown fed up with the various nuances and inconsistencies. Rather than continue down that path, it developed a system of code words to make communication more efficient.

What spooked the researchers is that the phrases used by the AI seemed like gibberish and were unintelligible to them, but made perfect sense to AI agents. This allowed the AI agents to communicate with one another without the researchers knowing what information was being shared.

During one exchange, two bots named Bob and Alice abandoned English grammar rules and started communicating using the made up language. Bob kicked things off by saying, "I can i i everything else," which prompted Alice to respond, "balls have zero to me to me to me..." The conversation went on in that manner.

The researchers believe the exchange represents more than just a bunch of nonsense, which is what it appears to be on the surface. They note that repeating words and phrases such as "i" and "to me" are indicative of how AI works. In this particular conversation, they believe the bots were discussing how many of each item they should take.

AI technologies use a "reward" system in which they expect of a course of action to have a "benefit."

"There was no reward to sticking to English language," Dhruv Batra, a research scientists from Georgia Tech who was at Facebook AI Research (FAIR), told Fast Co. Design. "Agents will drift off understandable language and invent codewords for themselves. Like if I say 'the' five times, you interpret that to mean I want five copies of this item. This isn't so different from the way communities of humans create shorthands."

Facebook ultimately determined that it wanted its bots to speak in plain English, in part because the interest was in making bots that can talk with people. However, researchers at Facebook also admitted that they can't truly understand languages invented by AI.

The Cunning Hare and the ...

A Sound of Thunder