The tech giant failed to have enough servers to handle the surge in traffic, resulting in Amazon cutting off international traffic, according to CNBC, which obtained the documents.

Amazon also had to launch a scaled-down homepage to help manage the issues.

The outages began to occur within the first 15 minutes of the 36-hour sales event.

'We are experiencing failures mostly related to Sable,' a document reportedly said.

An auto-scaling feature was supposed to kick in, but when it didn't, employees were forced to manually add servers to meet traffic demands.

Currently out of capacity for scaling,' a separate document reportedly noted. 'Looking at scavenging hardware.'

As a result, there were glitches across several different Amazon services, including Alexa, Prime Now and Twitch.

Warehouses reported being unable to scan products or pack orders for some time, either. 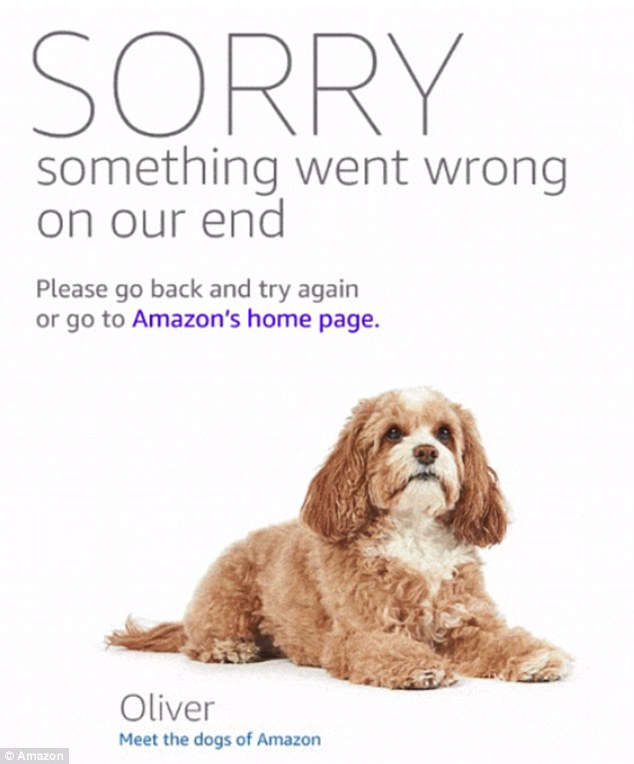 Amazon was hit with a massive outage on Prime Day earlier this week. Users would attempt to click through to a product and would instead be met with error messages and pictures of dogs

The outages began to occur within the first 15 minutes of the 36-hour sales event. Outages were reported across the US, UK and other international regions

At one point, the chaos of the situation led to a emergency conference call between 300 people.

Because the outage only lasted for a few hours, there was little financial impact on Amazon's Prime Day sales.

However, an internal email from Jeff Wilke, CEO of worldwide retail, said his team was 'disappointed' about what happened, CNBC said.

'Tech teams are already working to improve our architecture, and I’m confident we’ll deliver an even better experience next year,' Wilke said in the email.

Amazon still called this year's Prime Day the 'biggest shopping event' in its history as shoppers bought more than 100 million products during the 36-hour sale. 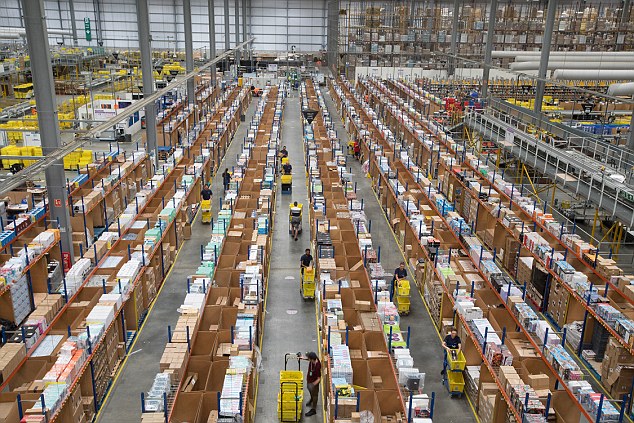 WHAT DID PEOPLE BUY DURING PRIME DAY 2018?

Among the best-selling products were several of Amazon's own, including the Fire TV stick and the Echo Dot.

Outside of Amazon-branded products, the Instant Pot, 23 and Me DNA test and the LifeStraw water filter were the best-selling items in the US, while the Bosch cordless drill, Philips Hue light strip and Finish dishwasher tablets were purchased the most in the UK.

Prime Day began on July 16 and ran through 3 a.m. (ET) on Wednesday. For the first time, Amazon extended the sales event to be a day and a half this year.

The company did not provide total sales figures for the event, which was open only to members of its Prime subscription service across 17 countries, up from 13 last year.

Short of mentioning how many Prime subscribers it added, Amazon said it had more new Prime members sign up on July 16 than any previous day in the company's history.

Additionally, the firm said July 17 was the biggest sales day for smart home devices in the US in its history.

The glowing numbers came even though Amazon was hit with a massive glitch that caused its US and UK sites to crash at the beginning of the event.

Users would attempt to click through to a product and would instead be met with error messages and pictures of dogs.