Mac users DO outperform PC users: IBM found that employees who used the Apple product did better than colleagues who used a normal desktop, and were more likely to stay at the company

Today, IBM shared some statistics about the difference between the two based on watching how their own employees performed over the last four years. depending on whether they were using Macs or PCs.

The statistics date back to 2015, when IBM began a program called ‘Mac@IBM,’ which allowed employees to choose what kind of computer they would use at work. 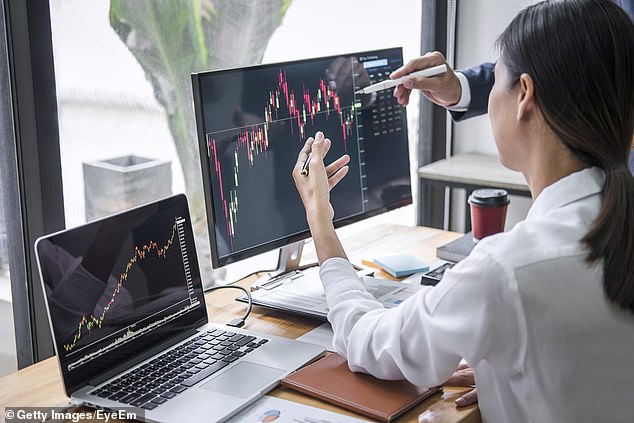 After IBM started letting its employees choose what kind of computer to use at work, they found Mac users were outperforming PC users in several categories

IBM found that its Mac users were 22 percent more likely than its Windows users to 'exceed expectations' during annual performance reviews, according to 9 to 5 Mac.

Mac users also tended to close 'high-value sales' deals that were on average 16 percent larger than deals from Windows users.

The company’s Mac users were more generally content with their jobs, and were 17 percent less likely than Windows users to leave the company.

IBM’s Mac users were far less likely than Windows users to call the company’s help desk, with only five present of Mac users reaching out for support compared to 40 percent of Windows users.

Mac users were also a significant cost savings for the IT department, with needing only about a third of the number of support engineers that PCs required. 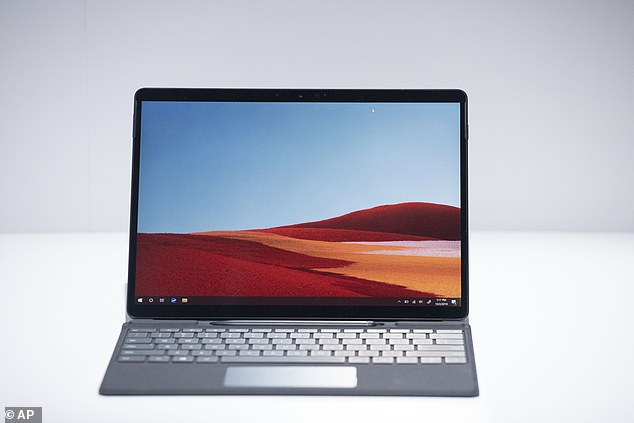 According to IBM, Windows PC users called the company IT help desk eight times as often as Mac users

‘The state of IT is a daily reflection of what IBM thinks and feels about its employees,’ IBM’s Chief Information Officer Fletcher Previn said.

‘I’ve said it before – when did it become OK to live like the Jetsons at home but the Flintstones at work?’

‘We aim to create a productive environment for IBMers and continuously improve their work experience, and that’s why we introduced our employee-choice program to IBM employees in 2015.’

THE TRILLION DOLLAR RISE OF APPLE

The company's journey to the summit of the technology industry has been a rocky one, having seen Jobs (pictured right in 1976) leave the firm in the mid-1980s after his pet project, the first Macintosh computer, struggled and he attempted to oust then chief executive John Sculley. Wozniak is pictured left

1976: Founders Steve Jobs, Steve Wozniak and Ronald Wayne created the company on April 1 1976 as they set about selling computer kits to hobbyists, each of which was built by Wozniak.

The first product was the Apple I.

1977: Apple released the Apple II in June, which was the first PC made for the mass market.

1984: The Macintosh was introduced during an ad break for the Super Bowl and later officially unveiled during a launch event. It was discontinued a year later and Jobs left the firm.

1997: Apple announces it will acquire NeXT software in a $400 million deal that involves Jobs returning to Apple as interim CEO. He officially took the role in 2000.

The then Chief Executive Officer of Apple, Steve Jobs, with the iPhone

2011: Jobs resigned in 2011 due to illness, handing the CEO title to Tim Cook. Job died in October from pancreatic cancer.

2014: Apple unveiled the Apple Watch. It also unveiled its first larger iPhones - the 6 and 6 Plus.

2015: After purchasing Beats from Dr Dre, Apple launched Apple Music to compete with Spotify and other music streaming services.

2016: Apple returned to its roots and announced the 4-inch iPhone SE. Meanwhile, the firm is embroiled in a legal battle with the FBI, involving the agency demanding access to the locked phone used by Syed Farook, who died in a shootout after carrying out a deadly December attack in San Bernardino, California with his wife. The court order was dropped on March 28 after the FBI said a third party was able to unlock the device.

2017: Apple introduces the iPhone X, which removes the home button to make way for a futuristic edge-to-edge screen design and a new FaceID system that uses advanced sensors and lasers to unlock phones with just the owner's face.

2018: In a first for the company, Apple introduces new features in its latest operating system, iOS 12, that encourage users to manage and spend less time on their devices. The move was spawned by a strongly worded letter from shareholders that urged the firm to address the growing problem of smartphone addiction among kids and teenagers.

Apple has to get over its...